This is an explanation as to why I call the former guy a fascist, in the tradition of Mussolini and Hitler, and why history teaches us that a fascist is very dangerous to democracy itself. Feel free to ignore it, but at least read the next paragraph.

The most important point is that both Mussolini and Hitler were democratically elected to their parliaments. Both were lawfully appointed as prime minister. Later, when people realized that both were very dangerous, it was too late. Using violent gangs of thugs, the fascists had already seized control. I love democracy, just not blindly.

This is directed at the former guy, and some of his top thugs: Miller, Barr, Bannon, etc., not at his supporters.

The loser posted a tweet on February 5th, 2020, in what I call a declaration of intent to establish a “4EVA” Reich. This is not some mindless tweet. He PINNED it to the TOP of his Twitter page, the very day the Senate told him he could get away with whatever he wanted to: criminal, unconstitutional, immoral, anything, it didn’t matter. Nothing would happen to him.

https://twitter.com/realDonaldTrump/status/1142157838153895941
Turn on the music. It’s deliberately ominous. It’s just 30 seconds.
(Note: Twitter has shut down his account. The link above now (probably) shows to a video from Time Magazine, which was the source for his imitation. Fortunately, I have screen shots below.)

Below is a screen shot from the beginning of the former guy’s video, and then 2 later ones:

At the end of the video:

The loser has made it clear that he wants/expects to stay in power, no matter what. We can’t let that happen.

It has been noted that this loser has made “at least 20 statements about refusing to give up power”, all in line with the video. This is the guy who says he’s the best president ever, and we should be blessed to have him remain in office for as long as he can. I’ve never heard any other president even hint at such a thing.

I probably need to explain something. Yes, I’ve seen various lists of 10 or so traits of fascism. I am, among other faults, also a linguist. To me, it boils down to the meaning of the word fasci in Italian. A fasci is a bundle, such as a bundle of sticks, as shown in the picture below. It can also refer to a group, as in Fasci italiani di Combattimento. 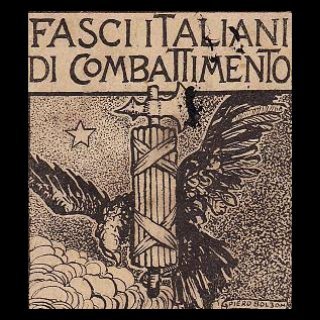 I loosely translate it as “gangs of thugs”, as it more accurately describes how they operated. This is what both Mussolini (black shirts) 1 and Hitler (brown shirts) 2 used extensively early on to rise to power. It’s terrorism. In Germany, notable were the “Night of the Long Knives”, when they murdered political opponents, and Kristallnacht, when they went after Jews.

Here’s a photo of another fasci di combattimento:

Only this is not Belarus. It’s Portland.

And another heavily armed gang of thugs … 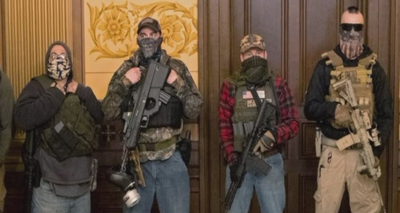 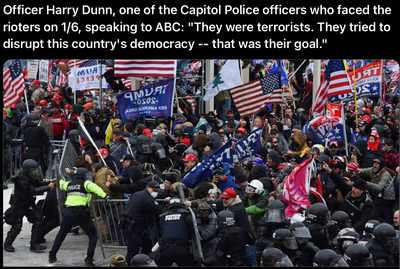 “There’s no question – none – that President Trump is practically and morally responsible for provoking the events of the day. No question about it.” – Senator Mitch McConnell.

I did not apply the word fascism to the former guy until I was seeing these gangs of thugs the summer of 2020. Then it was all too familiar. The bikers and illegal “militias” that have been threatening civil war are also fasci di combattimento. These are the thugs the former guy told to “stand by.”

Fascism can also exploit nationalism, as in “America First”. Both Mussolini and Hitler portrayed their countries as victims. It worked.

We can also add in antisemitism and/or racism. Below is what the former guy said in Minnesota September 19, 2020, before a crowd with many scandinavian descendants – this is why their NFL team is called the “Vikings”. Minnesota also has numerous german descendants.

Another word for Scandinavians and Germans is “Aryans”. The loser’s words amount to an endorsement of the Nazi theory of aryan supremacy. “Racehorse theory” is a reference to breeding a superior race. Most people did not catch that, but white power folks did. It’s a dog whistle. He’s a racist. (There’s more below3)

Feel free to use your own definition of fascism. There are many. This is mine: gangs of thugs.

What does this have to do with elections? Both Mussolini and Hitler were duly elected to parliament. They were later appointed by the King of Italy or President Hindenberg of Germany to become prime ministers, according to established law. This, even tho Hitler had already written Mein Kampf, and Mussolini’s thugs had been beating people up and ransacking government offices for years. These warnings were not taken seriously – until it was too late.

I am not willing to give genuine fascists a fair shake. They will use it to beat you, literally.

I repeat: Mussolini and Hitler were democratically elected, and lawfully appointed prime ministers. Only ask the Italians and Germans how well that worked out.

I love democracy, just not blindly.

2] PBS was doing a series on the “Rise of The Nazis” that was available until Dec 8, 2020, starting here:
https://www.pbs.org/video/episode-1-politics-6y6ygy/

The first half of another excellent PBS special, “The Story of Fascism in Europe”, confirms the use of gangs of thugs to take power in both Italy (eg:@ 9min) and Germany:
https://www.pbs.org/video/the-story-of-fascism-in-europe-pthanf/

3] Jonathan Greenberg created a video here called:
“12 Indicators that Trump would create a (fascist) dictatorship in his second term”

The video contains 2 of his racist quotes: “Do we believe in the gene thing. I mean, I do.” and “You know I’m proud to have that German blood. There’s no question about it.”

Plus, consider this: would the loser have carried out a bogus birther campaign if Mr. Obama’s father had been Swedish and not Kenyan? I really doubt it. The loser was deliberately appealing to racists, because he is a racist.